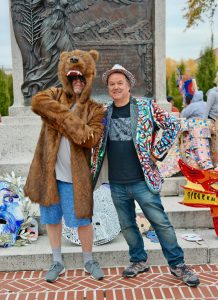 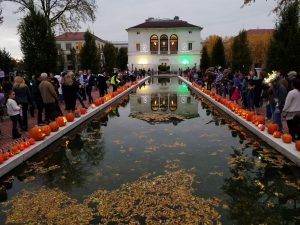 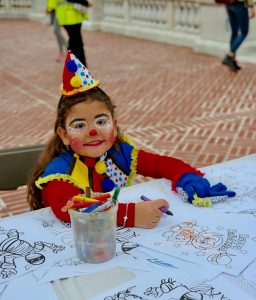 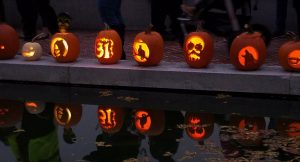 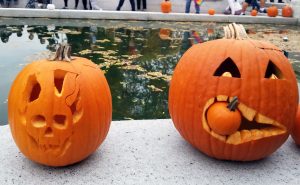 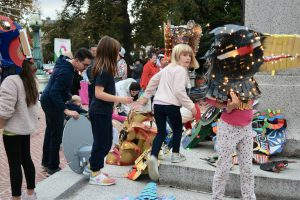 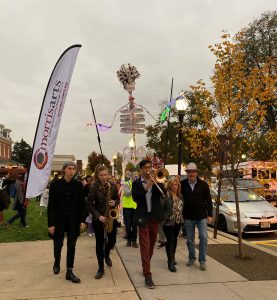 L-R: Lit pumpkins reflecting in the pool; Closeup of skull and ‘cannibal’ pumpkins; kids picking out masks to wear. The start of the Luminary Parade led by Mayor Tim Dougherty and his wife Mary along with the jazz band, the Lintet.

As in prior years, the event featured live jazz, art-making for kids and the luminary parade, led by Morristown Mayor Tim Dougherty (with his wife Mary) and the giant Fenelon-created skeleton.
Morris Arts gratefully acknowledges the generosity of sponsors: