So, let’s take a trip down memory lane and sample some of the past delights of Music Beyond Borders – The Ziggy Zaggy Polka Band, June 28, 2016

and below, parents and kids try out their polka dancing skills on the Morristown Green:

A little background on the original band:
Smitty’s Polka Band was founded around 1967 in Elgin, Illinois, and relaunched in NYC in 2014 with the mission of making the best Oktoberfest Beer Music here in the States. Since the relaunch, Smitty’s Polka Band has entertained countless party goers and has been featured multiple times on the Circle Line Bear Mountain Cruise as well as at the headquarters of Unilever and financial giant Mastercard.  Smitty’s was also the featured entertainment at the Mercedes Benz USA company Oktoberfest in 2013.  In addition to drums and brass, the trio includes a VH1 “featured artist,” namely the accordionist/lead singer, widely known as Papa Bavarian. Consistently ranked as the most booked accordion player in the United States, Papa Bavarian has performed at Derek Jeter’s Retirement Party, hosted by the Ronald McDonald House, among other noteworthy events. Be sure to come with your dancing shoes and be ready to polka around the Green!

Although Smitty had recently retired, younger performers from his band (including Papa Bavarian) have taken up the mantle and expanded the repertoire to include such treats as the Beatles’ “She Loves Me” (in German), and other rock and pop favorites.

Here are some PHOTOS from their performance: 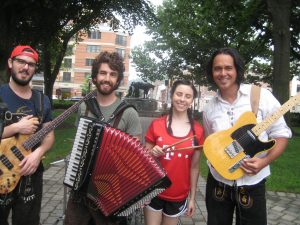 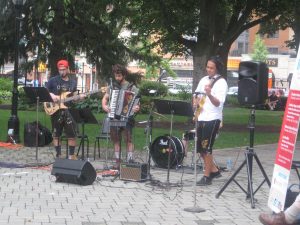 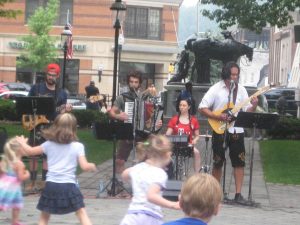 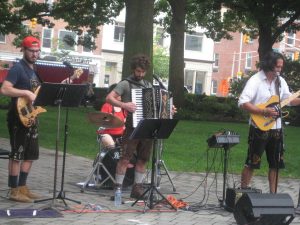 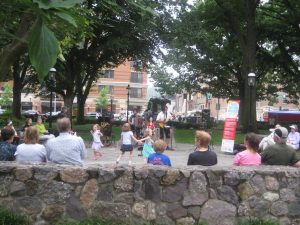 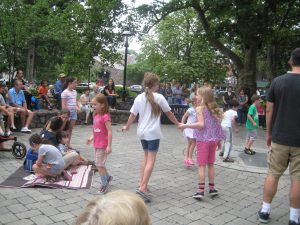 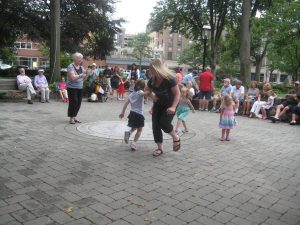 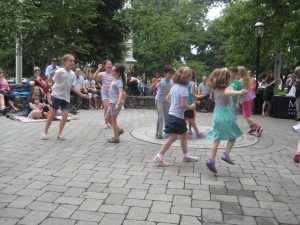 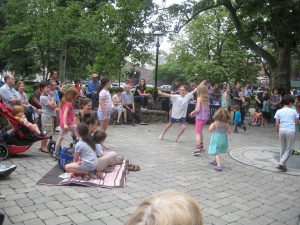