So, let’s take a trip down memory lane and sample some of the past delights of Music Beyond Borders – Lei Pasifika/ Tahitian and Hawaiian Dance from the Pacific Islands, August 9, 2016.

Here is a brief VIDEO capturing some of the excitement of their dancing, with grass skirts and head dresses:

and another VIDEO of them dancing with colorful, feathered ULI ULI gourds

Lei Pasifika is a performance group focused on the music and dances of the Pacific Islands, mainly Tahiti and Hawaii. Sharing and cultivating the exotic cultures of Polynesia, their performances embody the spirits of these islands, taking a magical voyage in time, places, and legends. Through performances, dance classes, and costume workshops, they share and maintain the culture and lifestyle that is so dear to them.

Founder and director of Lei Pasifika, Makalina Gallagher was born and raised in and around the Pacific Islands, living in the Marianas, Caroline, and Hawaiian islands most of her life. A graduate of Fordham University with a B.A. in Theatre and Drama, she has studied ballet, jazz, modern and tap in New York City.  With the Tiny Bubble Band and her Hawaiian Express Dancers, she has performed on Channel 13 WNET PBS, NYC Telethon, FOX5 Good Day New York, and at Bette Midler’s 4th Annual Hulaween Ball.  She has also performed at a benefit for the New York Restoration Project, on the Food Network with Donna Hanover (featuring Roy Yamaguchi of Roy’s Restaurant) and with Gordon Elliot’s Doorknock Diners, on FOX 5 Good Day New York with Mike Woods, with Don Ho, as well as on WB11’s Morning Show.  Her dancers and the Tiny Bubble Band were featured on MTV’s Beach House to promote the movie “American Wedding,” and were also seen in Times Square promoting FOX 5’s new show North Shore, as well as at the Flea Theatre benefit.  She is the organizer of the NYC Ukulele MeetUp group and teaches Hula at Lotus Music & Dance. With her students and dancers at the CAPA (Coalition of Asian Pacific Americans) Festival, she has participated in celebrating Asia Pacific Heritage Month as well as in former Mayor Bloomberg’s Asian Pacific Heritage event and various Asian Heritage happenings in Manhattan and Brooklyn. Gallagher has been involved with Lei Pasifika since its inception.

Here are some PHOTOS from their performance: 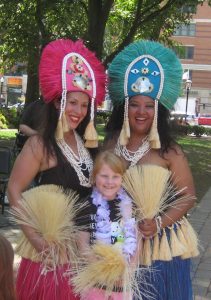 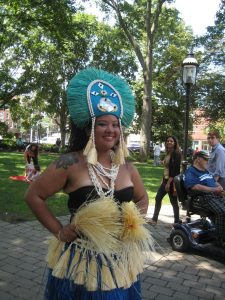 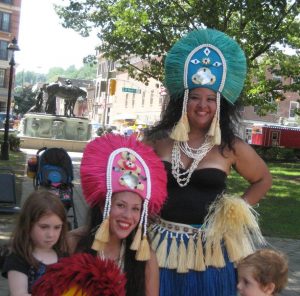 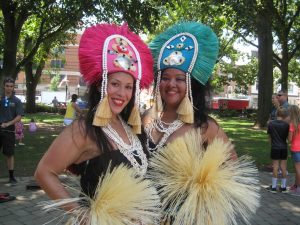 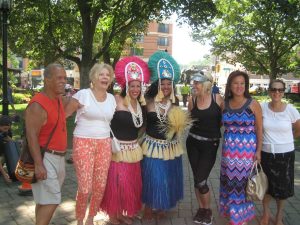 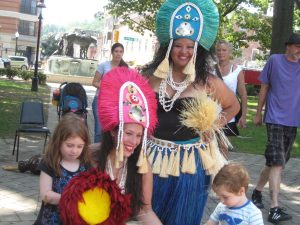 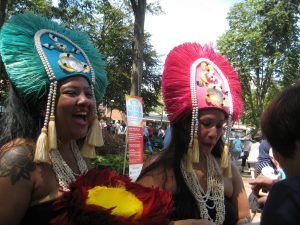 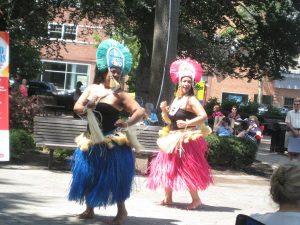 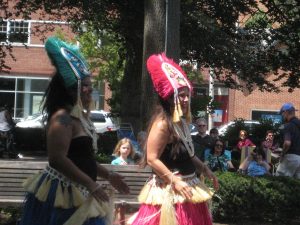 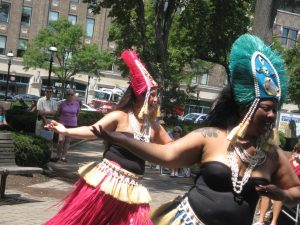 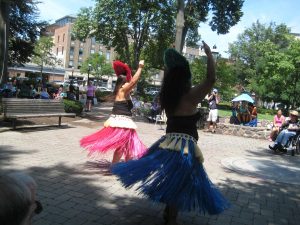 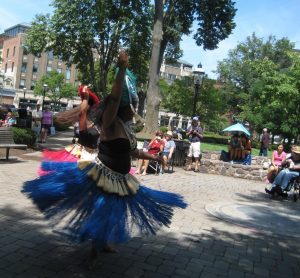 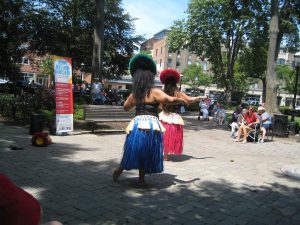 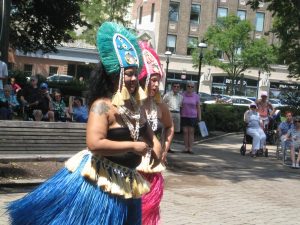 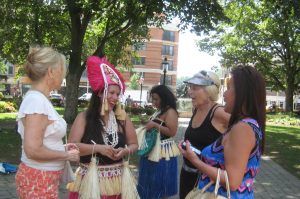