So, let’s take a trip down memory lane and sample some of the past delights of Music Beyond Borders – with The Klez Dispensers who performed July 22, 2014

July 22, 2014: The Klez Dispensers
Described as “juicy, fresh and daring,” the Klez Dispensers have been dishing up their signature state-of-the-art, swinging American-style klezmer since their college days. Audiences can’t get enough of their impeccable arrangements, inspiring improvisations and engaging repertoire from the early years of klezmer, as well as exciting original compositions. Each Dispenser is an accomplished musician contributing skill, personality and artistry to the group. The blend is tremendous! This eight piece ensemble, comprising clarinet, trumpet, saxophone, violin, piano, bass, drums and vocals, was formed in 1998 and performs widely throughout the year including at venues such as Grounds for Sculpture, Satalla, Makor and CBGBs in NY and London. In 2000, the ensemble recorded its first CD, Indispensable, followed by New Jersey Freylekhs in 2004. Its latest album, Say You’ll Understand, featuring Susan Watts on vocals, was released in 2008. www.klezdispensers.com.

Here are some additional VIDEOS:

Vocalist Susan Watts was ‘cooking’ with her performance of Oy Mama. You can hear her opening (with Amy Zakar on violin)  HERE, and once she got swinging,  HERE and HERE (Ella Fitzgerald singing in Yiddish?)

Oh How We Danced On the Night We Were Wed, that famous waltz…was admirably performed HERE and vocalist Susan Watts shows her jazz chops with the Dispensers on two clips from her performance of Bei Mir Bist Du Schön HERE and above.

And enjoy the coverage provided in MorristownGreen.com HERE.

Here are some PHOTOS  from  their performance: 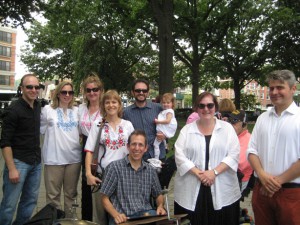 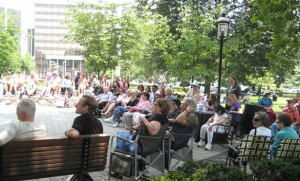 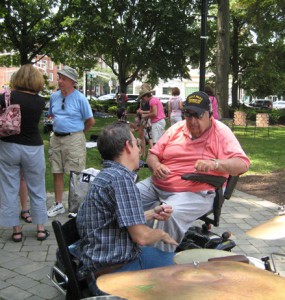 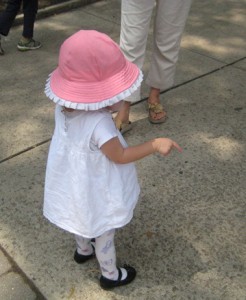 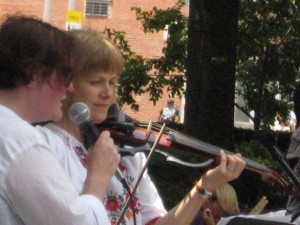 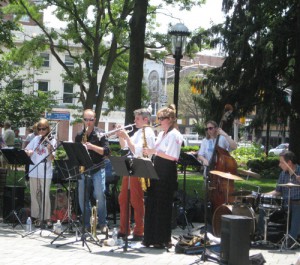 The Klez Dispensers rock the Green 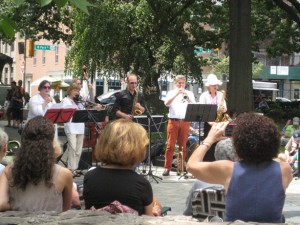 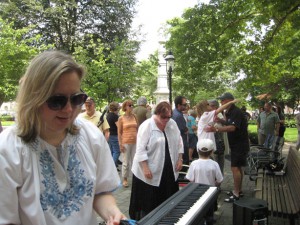 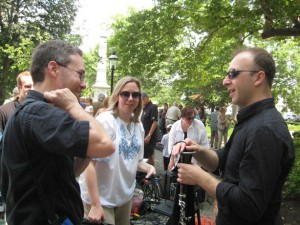