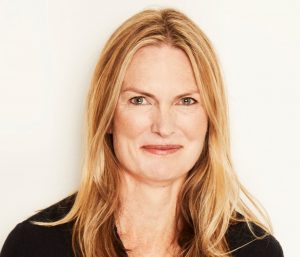 Amanda Benchley, Journalist , filmmaker, and co-author
Amanda has spent her professional life in media and storytelling.  A graduate of the Peck School and Kent Place, she majored in art history and archaeology at Princeton University. Starting in public relations at Random House, she completed the CHRISTIE’s Fine and Decorative Arts program in London. Returning to NYC, Amanda researched and produced documentaries for A&E’s Biography Series and the History Channel.  Several short videos on the American Presidents she produced are still on exhibit at the National Museum of American History, Smithsonian Institute.  She earned a Master’s at Columbia Journalism School, going on to publish articles for the Wall Street Journal, the New York Observer and the Huffington Post.   In 2015, Amanda combined her dual interests in art and personal narratives co-authoring Artists Living with Art, a book about artists’ personal art collections In Our Shoes, Our Selves: 40 Women, 40 Stories, 40 Pairs of Shoes (2019), she interviewed 40 of today’s most inspiring women, using favorite pairs of shoes as storytelling vehicles.   Her latest book, also on contemporary art and entitled OPEN STUDIO, Do it Yourself Projects by Contemporary Artists, includes projects exclusively created for the book by some of the world’s most famous artists. 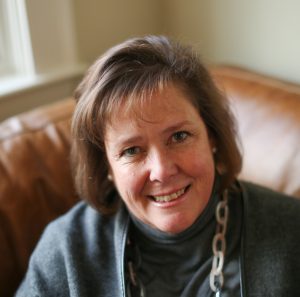 Virginia Buckingham, Amazon best-selling author of On My Watch: a Memoir
Buckingham’s best-selling work, On My Watch: A Memoir, chronicles her leadership of Boston’s Logan Airport on 9/11 and its lessons of building personal resilience and a new life of meaning and joy after crisis.  Believing that people can be more than one thing, Ginny has led at the highest levels of industry, government, and media, while writing, embracing imperfect parenting, and constantly searching for this life’s bigger purpose. As VP of corporate affairs for 14 years at Pfizer, Inc., she devised its digital communications strategy around the development of the Covid vaccine. Before Pfizer, she was paid to read five newspapers a day and give her opinion as a political columnist and Deputy Editorial Page Editor for the Boston Herald. As chief of staff to two governors, she regularly “Ginny-splained”, telling two governors what to do and then moved on to serve as the first woman CEO of the Massachusetts Port Authority, operator of Boston’s Logan International Airport and the Port of Boston. Most weekends, you will find Ginny curled up in front of the fire, her beloved cockapoo by her side, a book in her lap, and a glass of white wine, with one ice cube, in her hand. 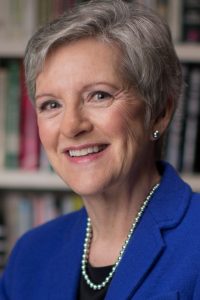 Diana B. Henriques, Best-selling author of The Wizard of Lies: Bernie Madoff and the Death of Trust
An amateur financial historian and a former senior writer at The NY Times, Diana is the author of A First-Class Catastrophe: The Road to Black Monday, The Worst Day in Wall Street History and the NY Times bestseller The Wizard of Lies: Bernie Madoff and the Death of Trust. In May 2017, HBO released its film-length adaptation of The Wizard of Lies, with Robert De Niro starring in the title role and Diana in her “dream role” — playing herself in the film’s recreation of her real-life prison interviews with Madoff. Diana also is the author of three previous books of financial history, including Fidelity’s World, a history of the American mutual fund industry. She is currently at work on a new work for Random House that will focus on the New Deal’s dramatic and unprecedented fight to regulate Wall Street. In 2005, Diana was a finalist for a Pulitzer Prize and won a George Polk Award, the Worth Bingham Prize, and Harvard’s Goldsmith Prize for her 2004 series exposing financial rip-offs of young military consumers – work she still ranks as the proudest and most satisfying achievement of her journalism career.