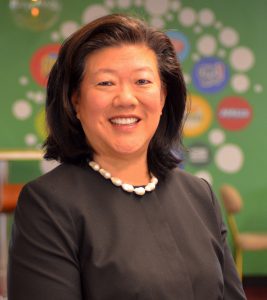 Nancy Pak, CEO of Tate’s Bake Shop, part of Mondelēz International.
Responsible for all aspects of Tate’s business (sales, marketing, finance, customer service & logistics, manufacturing and HR), Pak has extensive marketing and management experience spanning global consumer brands and geographies. With undergraduate and MBA degrees from Columbia, and an Executive Certificate in Global Leadership from Dartmouth’s Tuck School of Business, she joined Tate’s in 2020 and has expanded distribution and brand awareness.  Prior to Tate’s, Pak spent 20 years at Colgate-Palmolive in various marketing leadership positions and was VP/General Manager of Tom’s of Maine, where she oversaw significant revenue and share growth, new distribution, expansion and new product innovations. Known for team building and developing/mentoring new leaders, she also founded a nonprofit educational organization, Mind Matters. In her free time, she serves on local boards and advances philanthropic community initiatives. She grew up in NY, the daughter of Korean immigrants, and she attributes much of her success to her family’s values and work ethic. Currently dividing time between her home in Portland, Maine (where she lives with her husband and their two children) and the Tate’s Bake Shop HQ on Long Island, she enjoys beach walks, travelling, spending time at the lake, singing karaoke – and she misses her punk-inspired college hairstyles. 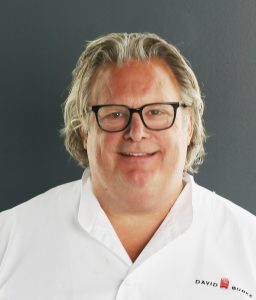